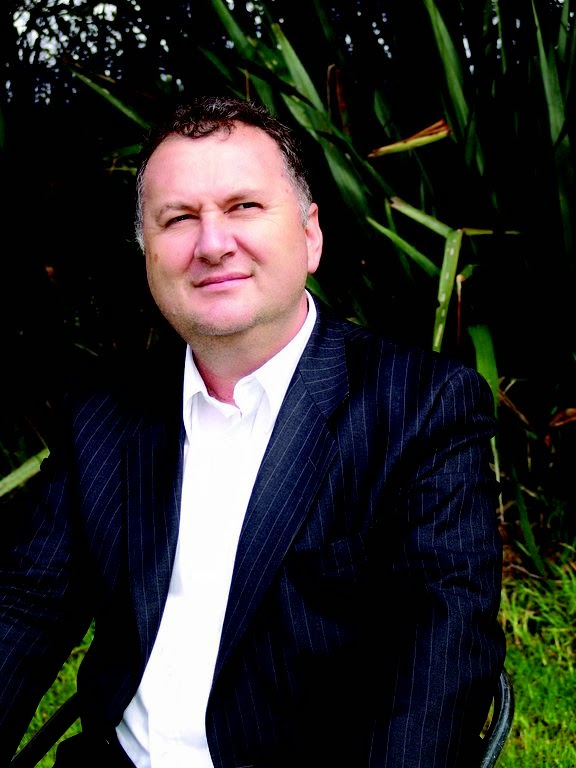 Shane was always good to me. I don’t base my politics on how well politicians treat me, but I believe he was a good man with honest intentions. That’s more than I can say for a lot of politicians I’ve met. I wish Shane all the best. But I’m mourning what he represented and what appears to be, for now, a loss of meaning in Maori politics. Who carries the tohu of the likes of Carroll now? Is that political line broken? After all, Parekura has gone. Tariana is leaving. But who is coming through?
Posted by Morgan Godfery at 6:00 AM 11 comments:

Our double reality: on being Maori and being political

Well, they haven’t done anything wrong. In holding a lucrative fundraiser at the exclusive Northern Club, the Maori Party neither broke the law nor transgressed some moral jurisdiction. But the grievous hypocrisy is unmistakable. Consider this:

mana Dotcom is actually Dotcom mana. it's all about the money, money. Unbelievable using Maori seat to draw in members from other party
— Te Ururoa Flavell (@TeUruroaFlavell) April 12, 2014


Dotcom’s dollars are off limits, but money from privileged Auckland isn’t?

Donations arrive attached with expectations of reciprocity. The Prime Minister will expect a return in loyalty. The donors will expect their interests to be represented in Cabinet. To think otherwise is deliberate ignorance. Donations are made on the basis of self-interest and shared identity. But does the Maori Party want to be the party of privileged Auckland?

The Maori Party doesn’t just suffer at the hands of racists, but at the hands of Maori leftists and separatists too. At times it seems like the party is fielding unjust criticism from all sides. But this isn’t one of those times. The party has played into the central criticisms others make: that it's drifted away from the people.

Sure, a fundraising dinner at the exclusive and prestigious Northern Club is far removed from the lived experience of most Maori. But the real story is how political fundraising compromises political independence and political values. Politics doesn't happen in a vacuum. How you practice it- and, importantly, who you practice it with - is loaded with meaning.

I’m not accusing the Maori Party of selling out. That’s too easy and it tells us nothing about the complexity of their situation. What I’m accusing the party of is saying one thing while doing another. There’s the hypocrisy levelled at Hone Harawira, but there’s also a deeper contradiction.

The Maori Party argues it's neither left nor right - it’s Maori. Pita Sharples is no social democrat and Tariana Turia isn’t a classical liberal, sure, but that doesn’t mean they can retreat from the political spectrum. They are part of politics as usual. Not as a matter of ideology, but circumstance and practice.

This speaks to the unsteady, unsure ground Maori politics exist on. Maori experience a sort of double reality. We experience politics as both New Zealanders and Maori. This dual reality causes angst and havoc in Maori politics. Where does the border begin and end? How do political parties naviagte two competing worlds? Is it even appropriate to distinguish instead of integrate?

The trick is to acknowledge that and be very clear – for the sake of your own integrity – when and why you’re moving between the Maori political world and the world of rightwing wealth. Especially when the world you’re emigrating to is so far removed from the reality for most Maori.

The Maori Party is based on an appeal to our collective purpose. Yet it works so hard to undermine it. They can enjoy nice food and cavort with whoever they like. After all, the Maori Party is about establishing kaupapa Maori politics. It can help establish new social norms if it likes too. But it should recognise the consequences.

A democracy is a country of competing interests and competing powers. Maori are no longer content to be the weakest. The Maori Party is testament to that. But their approach to progress has been ineffective and - as of yesterday - quite stupid. They didn't do anything wrong, but they're not doing much right either.
Posted by Morgan Godfery at 1:57 PM 6 comments:

"The Government is rejecting suggestions Maori are being unfairly targetted in the police or corrections systems the Maori Party co-leader Te Ururoa Flavell has described as institutionally racist.

A visiting United Nations delegation says the Government needs to investigate why a systemic bias against Maori is evident in the country's criminal justice system.

The delegation, which reports to the UN Human Rights Council, says any bias against Maori leading to their incarceration more than other New Zealanders constitutes arbitrary detention and is illegal under international law.

Police and Corrections Minister Anne Tolley says she has seen no evidence of institutional racism in either police or Corrections.

"Quite the reverse in fact; there's a lot of work going on. The police are turning the tide and we're very impressed by that work and of course in Corrections the work that's going on to reduce reoffending."


It’s easy when you have the privilege of detachment – and, of course, the authority of objectivity – to deny that racism exists. But even then, Tolley’s remarks are neither a full denial nor a proper admission. Her response is bureaucratic: “the police are turning the tide and we’re very impressed by that work”.

But if Tolley denies that this is the product of institutional racism, she doesn’t have to do anything substantive about it. Her response can be bureaucratic: we are doing [insert glib policy] in hope of achieving [insert rosy outcome] for [insert folksy platitude].

Tolley’s position is profoundly ahistorical. Settler colonialism is based on the denial of indigenous systems and culture. You can’t complete the colonial project – namely to import the capitalist economy and recreate the architecture of liberal democracy - while allowing an indigenous system to co-exist.

The New Zealand experience is no different. In the 19th century Maori were invited to assimilate under the Treaty. In 20th century New Zealand Maori have been invited to integrate under the Treaty settlement process. But under neither regime were Maori offered full membership of the state. Institutional racism made assimilation and integration conditional - sovereignty had to be transferred, discrimination tolerated and wrongdoing (eventually) forgiven.

Indulge me for a moment and imagine if we started setting some conditions like, say, extracting a genuine commitment to do something about institutional racism. But perhaps a commitment from government isn't necessary. Iwi, hapu, whanau, community groups, national organisations and individuals - of different ethnicities - are doing their best to turn the tide. In many areas, it’s working. Maori do have better access to housing and education than a century ago. But I’m suspicious of the government’s claim to be turning the tide. Here’s why:

“You don't stick a knife in a man's back nine inches and then pull it out six inches and say you're making progress ... No matter how much respect, no matter how much recognition, whites show towards me, as far as I am concerned, as long as it is not shown to everyone of our people in this country, it doesn't exist for me”. – Malcolm X